Life is too short for boring hifi!

Just an idea I got. Why not find out how good a 40 year old record player is? So I searched the Internet, and found a few candidates for reasonable money. Some Googling later I fell down on a Fisher MT-6250, and I was on my way to vintage victory!

Fisher? Are your serious? Isn’t that just cheapo racks including double tape deck and equalizers from the terrible eighties? That too, I guess. But back in the days, they also had a few other ideas. One of them being the production of a “studio standard” record player, to ensure the quality, they let C.E.C. construct an build it for them. No bad idea at all, as they were making OEM for several serious brands back then. Actually, C.E.C. was the first Japanese company to build record players. Furthermore they made a unique motor solution, a so called “Magnetic Drive”, where the platter itself was a part of the motor and drive unit. Now, 40 years down the road, is proven once and for all, this solution was built to last! 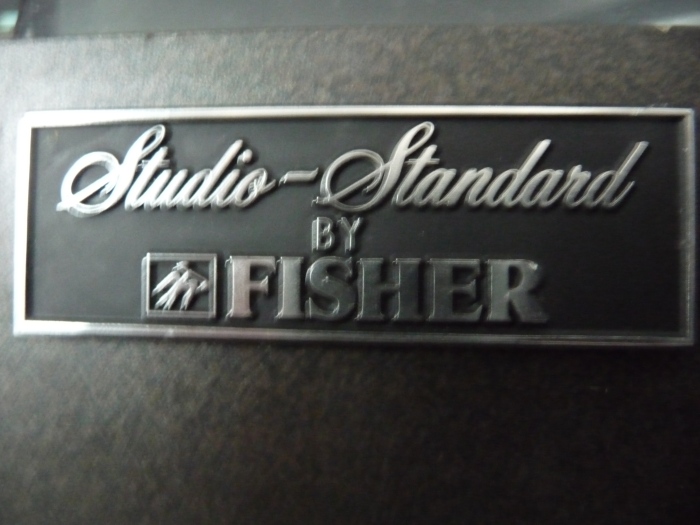 How much can be expected from a 40 year old mechanical unit, really? Is it reasonable that it’s rotating by itself, even? After examining and testing the Fisher, all I could find to complain about, was the strobe lamp; rather flickering after all these years, all right, I’ll have to live with that. The thing is, I’m not ready to fix things that works, and, starting to mess about inside this after all old unit, seems like a risky thing to do. So all I did was cleaning it thoroughly, changing the pickup, adjusting the thing, and off we went! 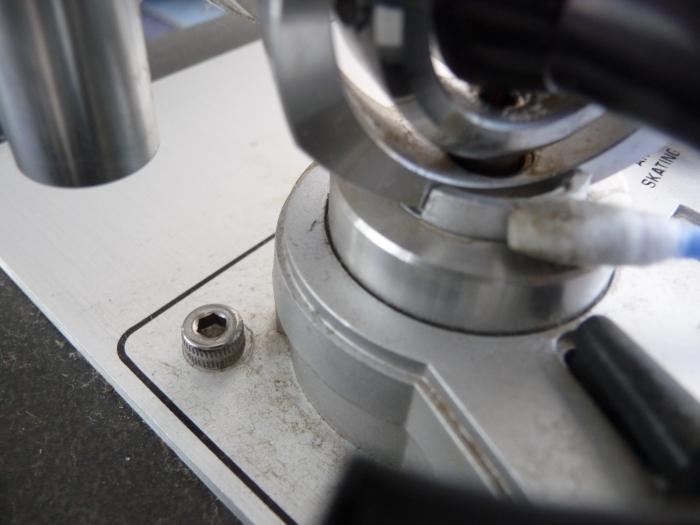 The old-fashioned S-shaped arms from the direct drive (DD) players from Japan, are generally good arms. Often they’re a bit fiddly regarding choice of pickup, but light weight MM’s are normally the right choice. The likes of Shure, Audio Technica, Denon and Grado will normally have good alternatives in their product catalogues. My choice after more Googling, was the elegant Shure M97xE, as it has proven through some years now, to be a seriously good partner for the arms in question. Off went the worn out AT95E, and the headshell was instead given the slightly more expensive Shure. 1,25 grams weight on the needle was the advice from Shure, I put the scale to zero when the arm was floating level, then just by eye turning the scale in the middel between 1 and 1,5. This is a mechanical masterpiece. The meter showed 1,24, what more can I ask for? 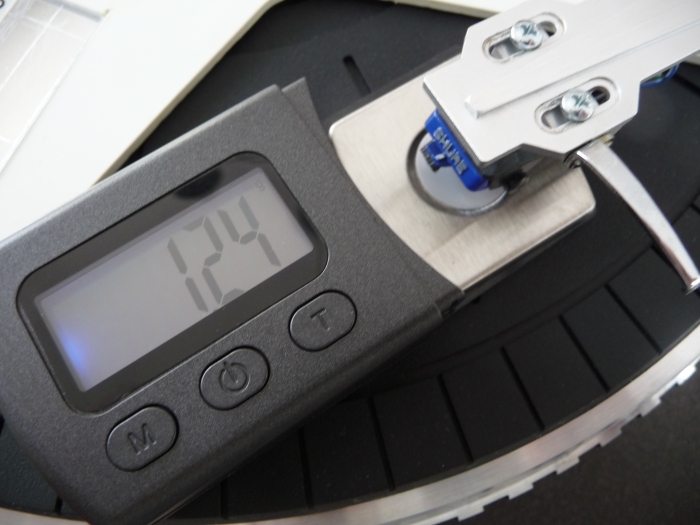 Well, before that, indeed before I did anything at all, I put on a record and listened to the thing. It did not scare me that the balance was a bit off, or that the sound was rather dull; after all the AT pickup could be as old as the player itself for all I knew. More pleasing to see that all functions were intact, and, as soon as I pushed the “quartz lock” button, the speed snapped into 100% exact rotation. Also the silence and the feeling of calm presentation was soothing, i was really positive when removing the headshell and loosening the AT for the very last time in it’s long life. Now enter the Shure M97xE! 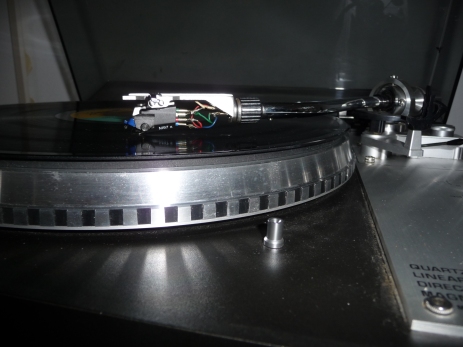 On a daily basis I use a Acoustic Solid Wood Black with an Origin Live Illustrious mounted on it, and for the time being, an Audio Note IQ3 pickup. The latter alone costing more than the total combination from Fisher and Shure, so I did not by any means expect the Fisher to sound anything near my own setup. Feeding the signal through the new Electrocompaniet ECP 2, I was in for a shock. No, it wasn’t as good as the Acoustic Solid. But it was close. Damn close. There is a certain calm to this setup; it is kind of embracing the listener, not forcing itself on you, but just being there, elegant and soft. A small lack of control in the lower regions plus details in the top is all I can criticize it for. Or criticize? At this price there is no such thing! Playing circles around any new player four time the price, what is there to complain about?

Not much more to say about this. If you’re in the market for a well built, well sounding record player, get to know the vintage market. Of course you have the iconic Technics SL120, but below that, there’s a big number of serious DD players from Pioneer, Technics, JVC and others, yes, even Fisher!

I am absolutely overwhelmed. Japanese DD players are still up to it, given that you find a well built version, and fitting a reasonably good (mm) pickup on it. Vintage victory, no doubt.